BOOM! The performing arts are back!

**We’ve had the go-ahead for our final event in 2020 at the Bombed Out Church on 31st October! Tickets will be released soon. Things might change over the next few weeks, please follow us on social media/stay in touch to hear about any changes to the event**

With Liverpool Ignitus Festival of Performing Arts, the performing arts are making their comeback after lockdown. A partnership between the Bombed Out Church, Bring the Fire Project, Katumba Drumming & Movement and ourselves, the festival provides the platform for performers to finally flex their creative muscle again and to re-connect with their audiences having one of the most beautiful and iconic backdrops in Liverpool.

Our inaugural event, ‘The Spark Ignites’ on 15th August 2020, was free: a treat for the community as much as for us: the guys from Bring the Fire Project, the drummers from Katumba and ourselves. It was also an excellent test run for our Covid-19 processes. 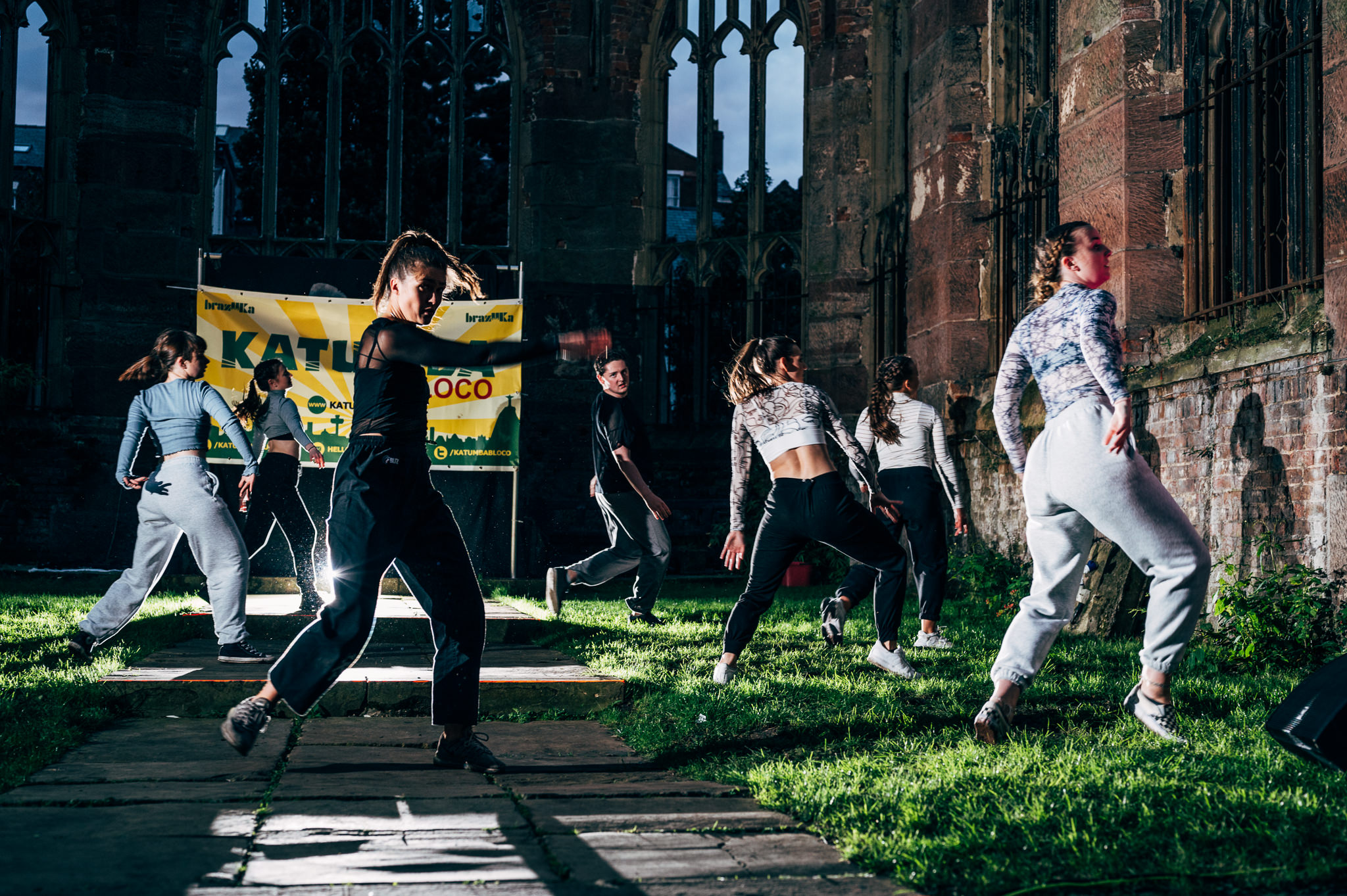 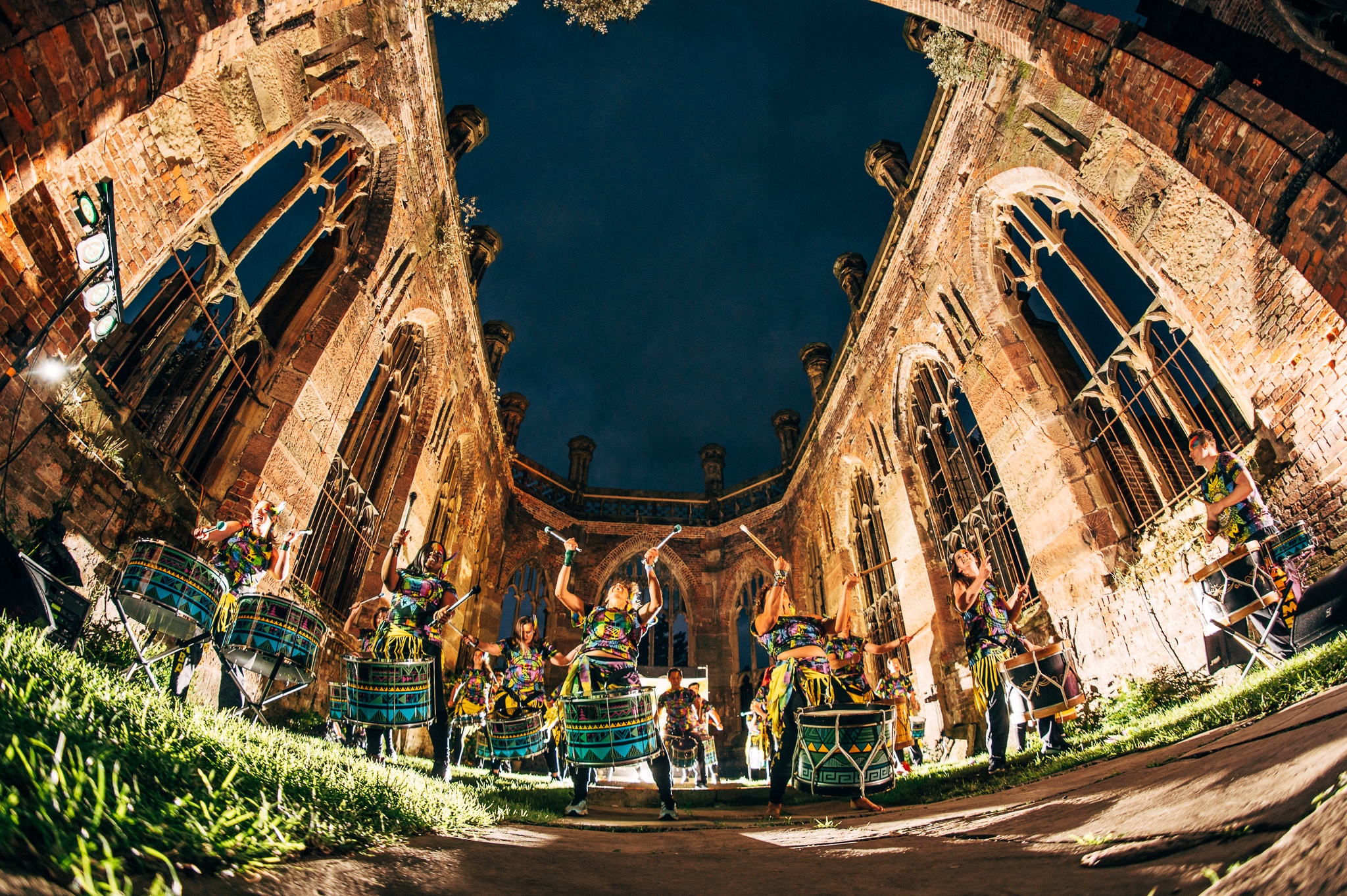 We had to choose from a wide range of groups interested in getting involved and put together a greatly diverse line-up for the performance night. Showcasing Francisco Cararra on acoustic guitar, SMG Dance Collective, Katumba and Bring the Fire Project to an audience that packed out the church to its non-existent rafters, the night was a huge success. Many audience members said that ‘Rise of the Phoenix’ was their first foray back into live entertainment after lockdown – and how good it felt to be part of a real-life spectacle again!

On 27th September, we delivered ‘Wake the Dragon’ to a full house!

The biggest production we’ve been involved so far in 2020! The first half of the show with Teatro Pomodoro doing the compering was part cabaret, part contemporary circus showcasing 3 aerial disciplines: rope, silks and hoop. The finale combined live music from drum’n’ bass band Sleeping Dragon – hands up who’s been to a live music gig lately?! – with a theatrical pyro show that blew your mind, staged in front of a gigantic, fire-breathing dragon head installation! A huge thanks goes to the city council, who funded the event from their Without Walls pot, which made it possible to keep this event free. 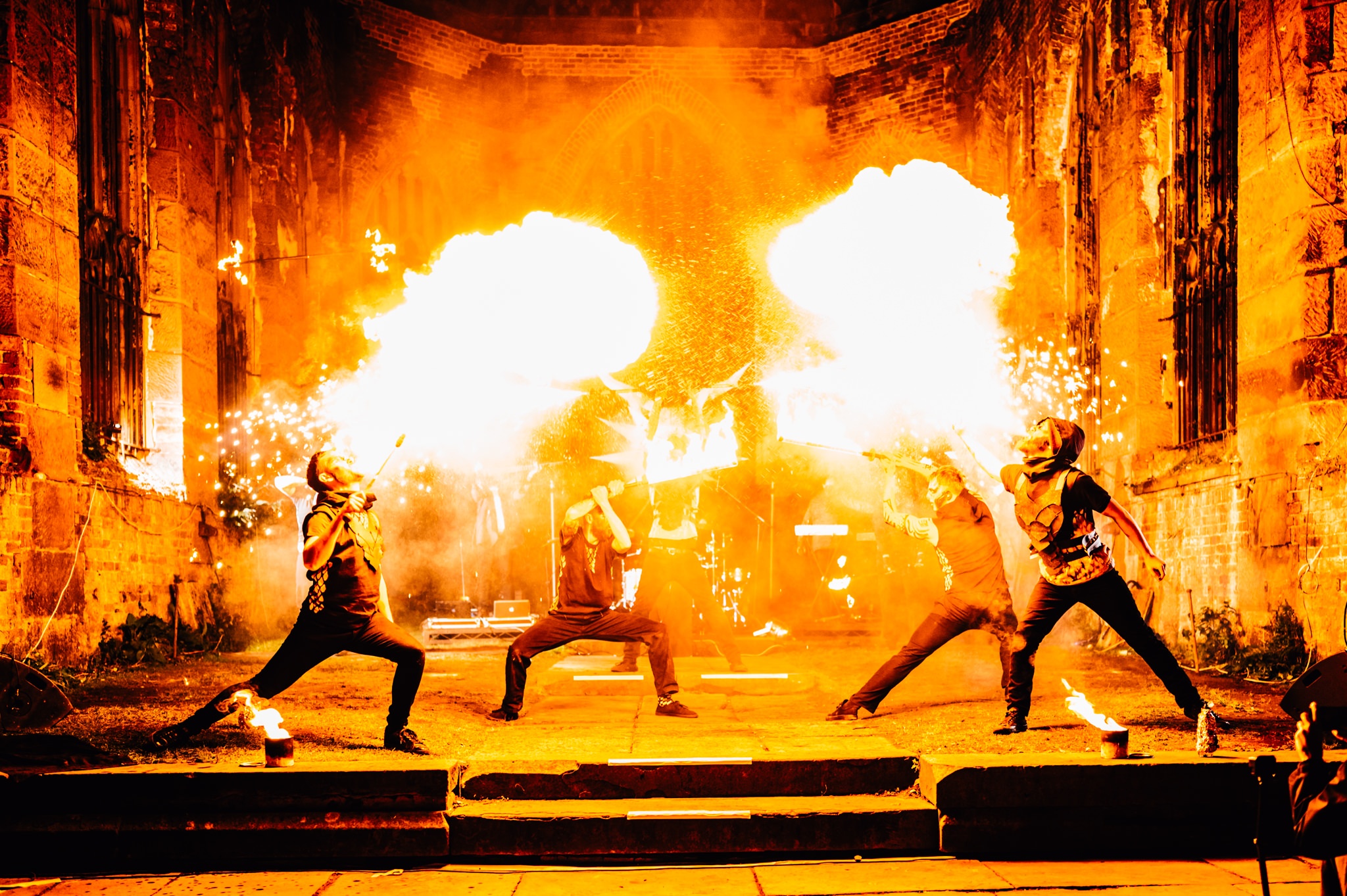 Our next and final event in the Liverpool Ignitus Festival of Performing Arts 2020 series would have taken place on 31st October: ‘Katumba Hallows Eve of the Orishas’. For all our safety and with a heavy heart, we made the decision to postpone the event to spring 2021, date tbc with our partners Bombed Out Church, Bring the Fire Project and Katumba.

The good thing is that we’ve got something to look forward to! Follow us on https://www.facebook.com/LiverpoolIgnitusFestival for more details of our final event.